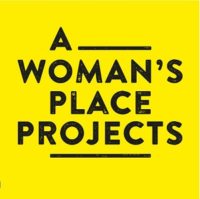 Six contemporary art commissions highlight the progression towards equality through the stories of the women who have contributed to the spirit & history of Knole.

This exhibition has now finished, however be sure to head over to our Gallery page to see more images from the exhibition.

As of the National Trust’s Women and Power programme, A Woman’s Place at Knole shone a light on historical women’s voices, marking 100 years since the Representation of the People Act that gave some women the vote in the UK for the first time.

This critical moment in history is no better illustrated than at Knole where the rules of inheritance impacted so significantly on the women who lived there. 2017 Turner Prize winner Lubaina Himid joined five other commissioned artists responding through different media – sculpture, sound, film, interventions and a website, with works that encompass love, betrayal, class, gender and inheritance.

“Knole gives us new ways of seeing how the lives of women have been, and continue to be influenced by their relationship to notions of gender, place and time. Each artist has taken on and highlighted this conflicted space of privilege to reveal contradictions and an enduring contemporary relevance.  From the life of the 17th century laundry maid Grace Robinson, to Pepita, a lady of the house who began life as a Spanish dancer in the late 19th century.  The 20th century saw the infamous disinheritance of Vita Sackville-West and the house’s immortalisation at the pen of Virginia Woolf in Orlando. The responses by Himid, Mahony, Seers, Speed, Williams and Wilson in media ranging from website to sculpture and sound across this fascinating historic site, provides a pause to reflect on the fight for equality, its hard won battles and those undoubtedly ahead of us.”

“It is a pleasure and a privilege for Knole to host A Woman’s Place in 2018. Knole’s long history is packed full of stories and drama. This project provides the opportunity to filter that history and those stories through the viewpoint of the women who lived and worked here. Six celebrated women artists will champion the stories of Knole’s women with care and creativity for visitors to encounter as they explore Knole.”

‘All the centuries seemed lit up, the past expressive, articulate; not dumb & forgotten; but a crowd of people stood behind, not dead at all….’

Virginia Woolf quote from ‘Inheritance, The Story of Knole and the Sackvilles’ by Robert Sackville-West.

CJ Mahony’s Still Life, Still Waiting reflected on the women whose sense of belonging was tied to Knole, despite the fact that it could never belong to them. Mahony drew on the historical convention of depicting patrons of buildings as figures in stained glass windows, holding miniature versions of the buildings in their hands. Here the Gatehouse Tower is shown in the hands of a woman, giving Knole to those who could never own it.

The loss of Knole caused Vita Sackville –West to write “Knole is denied to me for ever, through a technical fault over which we have no control”. Alice May Williams’ video work appropriates this ‘fault’, exploring how we are formally categorised into groups at births (by sex, nationality, family) and reflected how the difference of a chromosome leads societal constructs to shape all of our lives.

Knole holds within its collections the original handwritten manuscript of the novel Orlando. This provided the impetus for a new work by Lindsay Seers – 2052 selves – a biography  The commission involved an online work to be viewed after a visit to Knole and experienced in four chapters episodically throughout the duration of the show. Cards in Knole visitor’s centre lead visitors to the website address where chapters of a work were hosted.

Orlando was a gift, ‘a love letter’, from Virginia Woolf to Vita Sackville-West. The book is often described as a biography of Vita, and of the house in novel form.  Seers interrogated this idea by interweaving Woolf, Sackville-West and actor collaborator Sara Sugarman through the work. She created a new biography from the thoughts inspired by the objects, paintings, rooms and rhythm of Knole. Using text, sound and image the work is a hybrid book/film.

Emily Speed explored the impact of Knole on the women who lived here, and of three women specifically: Victoria Sackville-West, Josefa Durán known as Pepita (her mother and infamous flamenco-dancer), and Vita Sackville-West (her daughter). A working fountain, Innards borrowed the form of a dressing table and made public a space usually reserved for private ritual. Water, architecture, gardening and intimacy were brought together to reference important elements of these women’s lives.

The fountain echoed Victoria’s incredible energy and the installation of running water, electricity and telephone which she oversaw at Knole. The planting of Heliotrope nodded to Vita’s later career as a gardener. It was also the base note of Victoria’s favourite scent. The work alluded to the difficulties and complexities of these mother–daughter relationships, and of finding moments for tenderness, care and sensuality against the backdrop of public display and the performance of being a ‘lady’ of Knole.

Click here to watch a short video of Performing the Toilette; a maquillage piece performed alongside and in response to Innards. Featuring the performer Natalie Sharp, and filmed and edited by Alice May Williams.

Speed  created a bespoke calling card as a nod to Victoria’s passion for stationery. These were produced as a limited edition of 100 available to people who registered after 16 May 2018. These have all been allocated now – sorry!

Melanie Wilson’s sound work was heard through headphones as you walk through the house and grounds. It took inspiration from the lives of Lady Anne Clifford and Lady Frances Cranfield and mapped connections between their experiences as 17th century women and the lives of contemporary British women, using Knole as the thread. Lovers and collaborators  pitted against each other as greed and power played out in the 17th Century.

And what of the silent watchers, the women who served in the background, ensuring meals were made and laundry washed? Lubaina Himid’s work continued to address these silent, present characters. Described in inventories and novels, Grace Robinson, ‘the blackamor’ laundress watched from her positions on the pipes and guttering of Stone and Green Courts, telling tales through water and air of life at Knole as a new flag was raised over Knole, fluttering in the Kent breeze.

If you want to find out more about A Woman’s Place Knole, head to our Press page to see our full press release and all recent press coverage.

A Woman’s Place Project is supported using public funding by the National Lottery through Arts Council England, The National Trust, Trust New Art and project partners.  It formed part of Women and Power:  A century after the 1918 Representation of the People Act, the National Trust joinined the many other museums, cultural organisations, media and Parliament to tell these stories and celebrate this important moment in our nation’s history.

Lindsay Seers (born 1966) is a British artist working in London and living on the Isle of Sheppey.  Her works are in a number of collections including Tate and Arts Council and Artangel collections and the collection of MONA, Tasmania. She has won several prestigious grants and awards including the Sharjah Art Foundation Production Award, UAE; Le Jeu de Paume production award for the Toulouse Festival, France; the Paul Hamlyn Award; the Derek Jarman Award and a number of Arts Council and British Council Awards in support of her works.

Emily Speed has shown extensively in UK and abroad, including Fort Worth Contemporary Arts, Texas, Oredaria Gallery, Rome; Laumeier Sculpture Park, St Louis, USA; Danielle Arnaud Gallery, London; Bluecoat, Liverpool; Yorkshire Sculpture Park and Musée Cantonal des Beaux-Arts, Lausanne, Switzerland. In 2014/5 she was the Derek Hill Scholar at the British School at Rome. Speed has recently completed projects with In Certain Places, Preston and has created a new children’s library area for Bootle Library. During 2018 she will exhibit as part of Scotland+Venice at the 16th International Architecture Exhibition, La Biennale di Venezia, Look Again Festival, Aberdeen and as part of The Ring, a major new arts programme for the Canal & River Trust’s Arts on the Waterways with Meadow Arts. 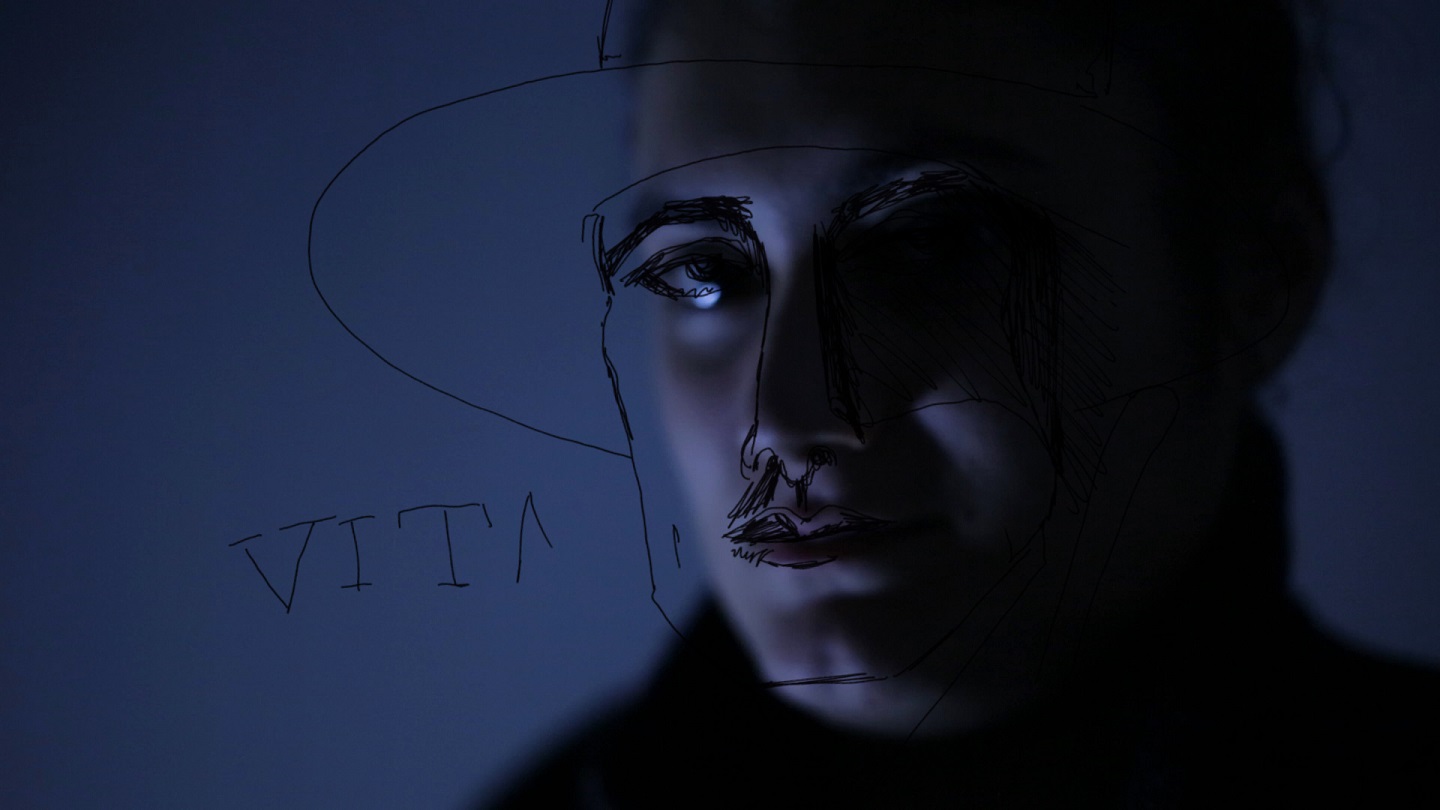 Alice May Williams, Still from ‘By the Accident of your Birth’, 2017. Image courtesy of the artist.

Alice May Williams graduated from her MFA Fine Art at Goldsmiths, University of London in 2014. Selected screenings, solo and group exhibitions include: ‘And Now…Grants for Irish Lesbians!’ Tintype, London 2017, Speke Of the Future, Speke Hall (National Trust) & Bluecoat, Liverpool 2015, An Unreliable Witness, Jerwood Project Space, London 2015, Liberties, Collyer Bristow, London 2015 and The Exchange, Penzance 2016. In 2016 she was selected for the Jerwood/FVU Awards 2016 and used her £20,000 bursary to make the film ‘Dream City – More, Better, Sooner’. 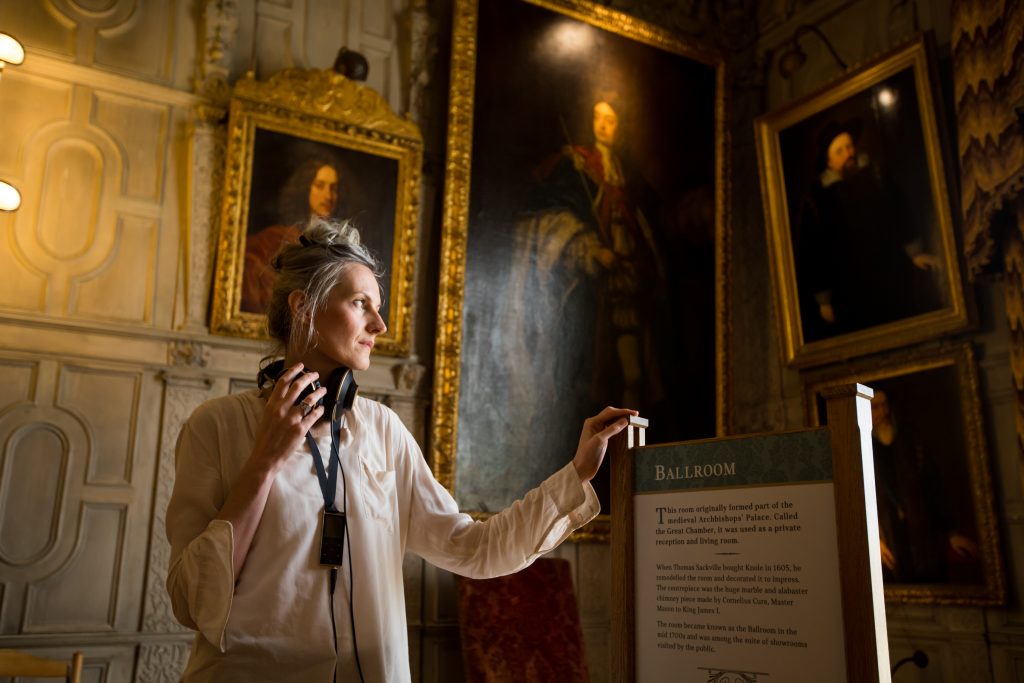 Melanie Wilson is an award-winning, multi-disciplinary performance maker. Her work is founded on the contemporary interplay between sound art, experimental forms of composition, language and live performance, and is under-pinned by political curiosity. Her work has been presented in the U.K and internationally and she has collaborated with artists and companies including Chris Goode, Clod Ensemble, Rotozaza, Shunt and visual artist Becky Beasley. Melanie also makes sound and composes for theatre director Katie Mitchell, including work for The National Theatre and The Barbican, London; Schauspeilhaus, Cologne; Avignon Festival; Theatretreffen, Berlin Festspeile; Schaubuhne, Berlin; Berg Theatre, Vienna, the Salzburg Festival and DeutscheSchauspeilHaus, Hamburg.

With grateful thanks to our funding partners and all who have worked behind the scenes on the project.

Universities of Brighton and Sussex

Quiet Down There, Brighton  andLV21, Gravesend